The Brookings Institution is one of the most prominent think-tanks and research organizations in the United States. Its research and opinions have greatly impacted United States macro-economic policies in the 20th and 21st century.

In this article, we will take a look at the history of this giant. Part 1 is about the 20th century, while part 2 is about the 21st century.

Brookings was founded on 13 March, 1916, as the Institute for Government Research (IGR), and commenced operations on 1 October that same year. Its mission was to become the first private organization devoted to analyzing public policy issues at the national level.

The driving force behind the IGR was Robert Somers Brookings (1850 – 1932), a United States businessman and philanthropist, also known for his involvement with Washington University in St. Louis.

Robert Somers Brookings founded both the Institute for Government Research, the Institute of Economics (in collaboration with the Carnegie Corporation), and the Robert Brookings Graduate School affiliated with Washington University in St. Louis. On 8 December, 1927, these three institutions were merged into the Brookings Institution.

During the Great Depression, economic researchers at Brookings carried out a large-scale commissioned by President Franklin D. Roosevelt in an effort to identify and understand the underlying causes of the economic downturn.

When the United States entered World War II in 1941, researchers at Brookings carried out a series of mobilization studies.

After the end of Worl War II, Brookings were commissioned to submit a plan for the administration of the European Recovery Program. This is how Brookings ended up having a big impact on the creation and implementation of the Marshall Plan.

In 1952, Harold G. Moulton was succeeded by Robert Calkins as president of Brookings. During the Calkin´s era, the institution improved its long-term financial security by securing substantial grants from the Ford Foundation and the Rockefeller Foundation. Calkins is also known for his work re-organizing Brookings around the Economic Studies, Government Studies, and Foreign Policy Programs.

In 1957, Brookings moved from Jackson Avenue to a location close to Dupont Circle in Washington, D.C. The current main building for Brookings, on 1775 Massachusetts Avenue close to Dupont Circle, was completed in 1959. This neighboorhood is today known as Think-Tank Row since so many prominent think-tanks are based here. 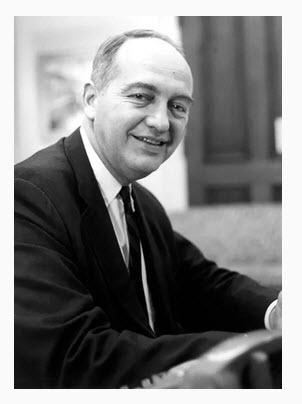 After retiring from government service (he served under both John F. Kennedy and Lyndon Johnson), Kermit Gordon joined the Brookings Institution as vice president in 1965 and became its president in 1967.

During the Gordon era, Brookings program for Foreign Policy Studies was expanded to include national security and defense research, and Gordon also launched the “Setting National Priorites”, a series of studies focused on the United States federal budget.

As Gordon was a big proponent of the Great Society and an outspoken critic of the Vietnamn War, Brookings developed a left-of-center reputation under his presidency, and the relationship between Brookings and the White House were rather strained during the Nixon administration. The covert White House Plumbers (White House Special Investigations Unit) even made a plan to firebomb the Brookings headquarters and steal classified files, and the plan was scrapped only because the Nixon administration declined to provide them with a fire engine to use as a getaway vehicle.

It should be noted, however, that during the 1970s, Brookings were still offered a huge amount of federal research contracts – even more than it could accept.

Gilbert Y. Steiner, then director of Brookings governmental studies program, was appointed acting president of Brookings when Gordon died in 1976. The next year, he was replaced by Bruce K. MacLaury.

During MacLaury´s presidency, the need to reduce the U.S. federal budget deficit was a major research theme for Brookings, alongside research regarding government inefficiency.

MacLaury also sought to widen the audience for Brookings research programs by holding more workshop conferences and public forums. To that end, he founded the Center for Public Policy Education.

During the Michael Armacost era, Brookings established several new interdisciplinary research centers, such as the Center on Urban and Metropolitan Policy and the Center for Northeast Asian Policy Studies.