The 1920 foundation of the U.S. National Bureau of Economic Research marked the beginning of a boom for macro-economist who used atheoretical, statistical models of economic fluctuation, models based on cycles and trends instead of economic theory.

NBER is currently located in Cambridge, Massachusetts, and has a branch office in New York City. 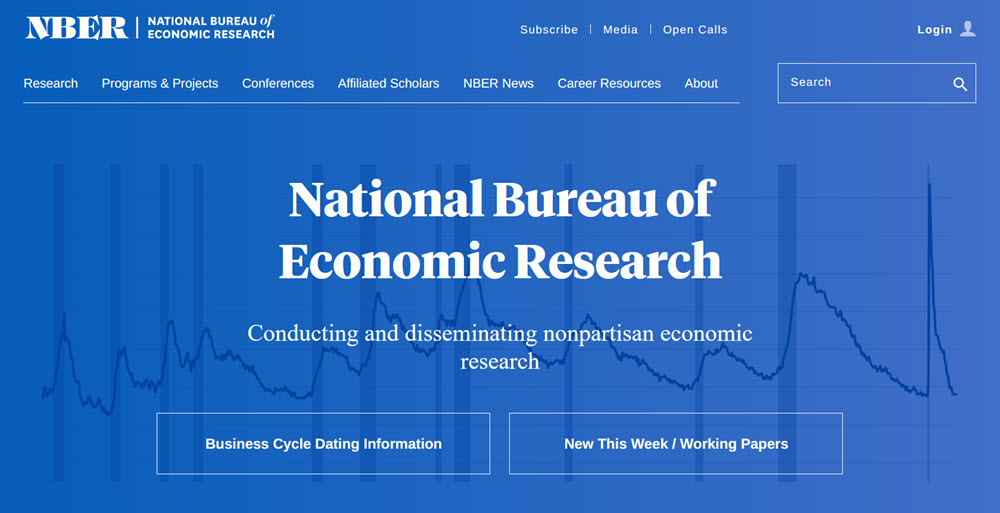 Start and end dates for US recessions

NBER is renowned for announcing the start and end dates of United States recessions.

It should be noted that United States newspapers typically define a recession as a two consecutive quarters of shrinking gross domestic product (GDP), so NBER declarations can differ from what the media is reporting.

Business cycle dates are determined by the NBER dating committee, which is under contract with the United States Department of Commerce.

According to NBER, the United States 2007-2009 recession began in December 2007 and ended in June 2009. This was announced in September 2010, when the country was still struggling with fairly high unemployment numbers.

“In determining that a trough occurred in June 2009, the committee did not conclude that economic conditions since that month have been favorable or that the economy has returned to operating at normal capacity. Rather, the committee determined only that the recession ended and a recovery began in that month. A recession is a period of falling economic activity spread across the economy, lasting more than a few months, normally visible in real GDP, real income, employment, industrial production, and wholesale-retail sales. The trough marks the end of the declining phase and the start of the rising phase of the business cycle.” – NBER